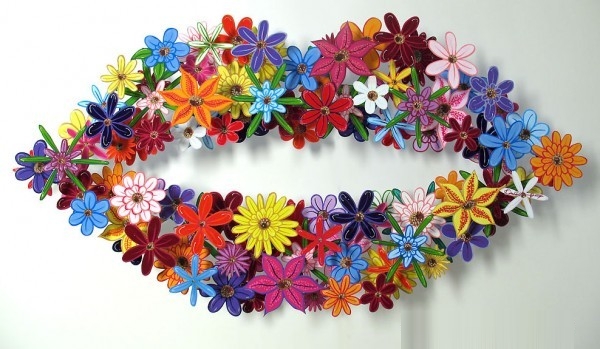 David Kracov is a versatile artist, a sculptor, an animator and a painter. Since his age of 12, David has been building his art portfolio and created with the intention of commemorating those who have passed away in violent events of 9/11 and holocaust. David’s metal sculptures have a delicate appeal and seem fragile to be made of paper. His techniques resemble those used in paper craft, but instead of using scissors to cut through cards, he uses metal cutters to create the silhouette shapes and then paints them with colourful patterns to create his signature style in his art work. David’s sculptures are included in the collections of several of Hollywood’s elite entertainment names, including Steven Spielberg, Matt Damon, Judy Sheindlin, Donald Trump, Robert Kiyosaki, Whoopi Goldberg, Joel Silver and Richard Donner. Take a look at these spectacular Metal Sculptures by David Kracov.