Shortest man on the earth.

Junrey Balawing of Sindangan in the Southern Philippines is 23.6 inches (60cm) tall as he reached his 18th birthday  was certified as the World’s shortest man by the Guinness World Records. Previous record holder was Khagendra Thapa Magar of Nepal which made Balawing three inches smaller.

He was born normal size according to the family, but when he was about four years old the family noticed that his peers grew more than he did. He stopped growing after his first birthday says his parents. The family was too poor to check out his medical condition.  His father calls him the lucky charm of his family because he was unemployed until he was born and then found a job after his birth. 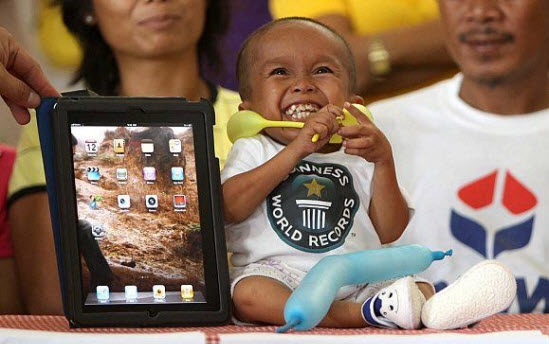 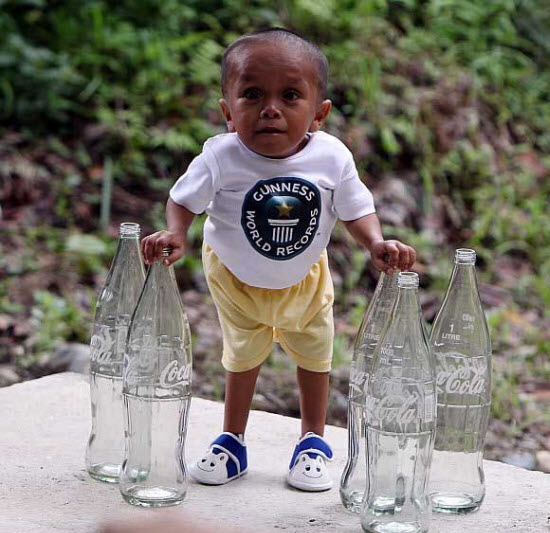 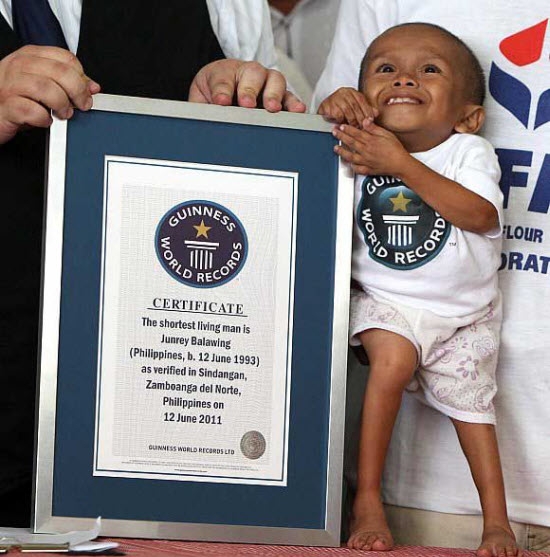 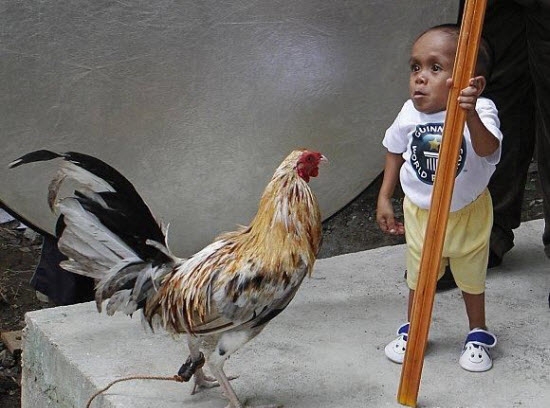 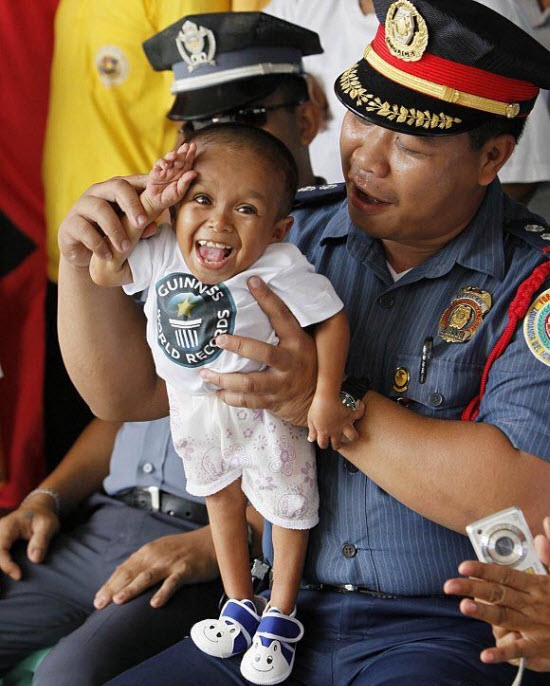 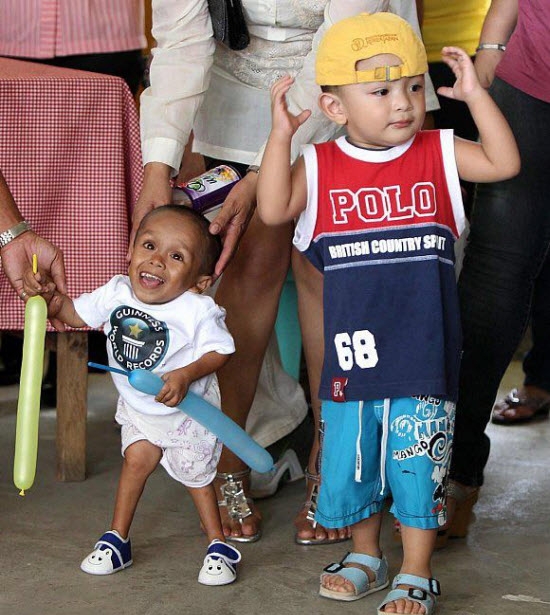 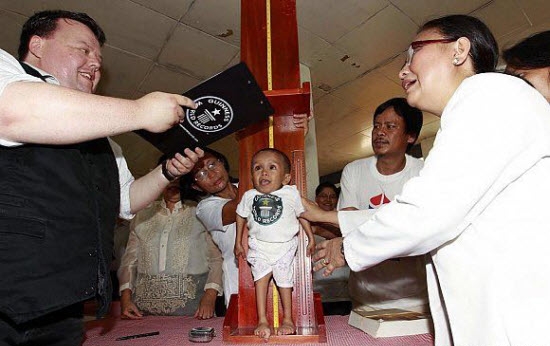 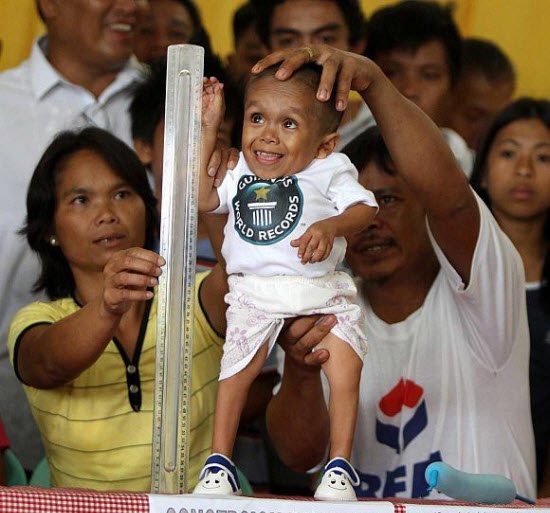 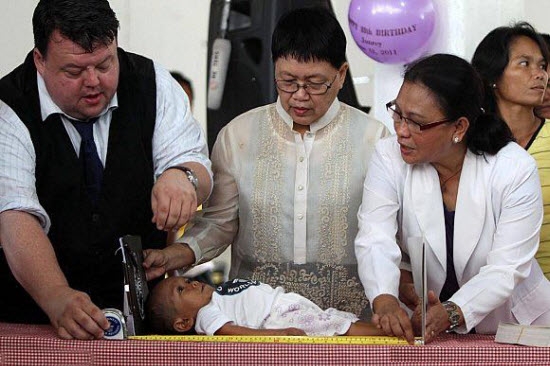 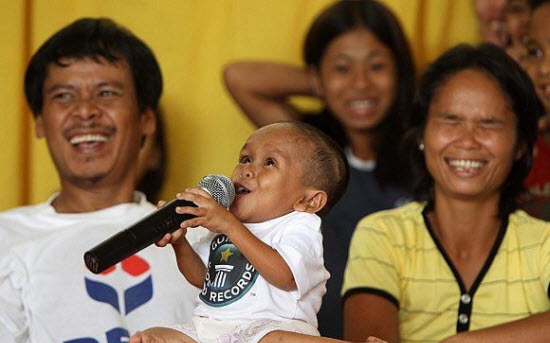